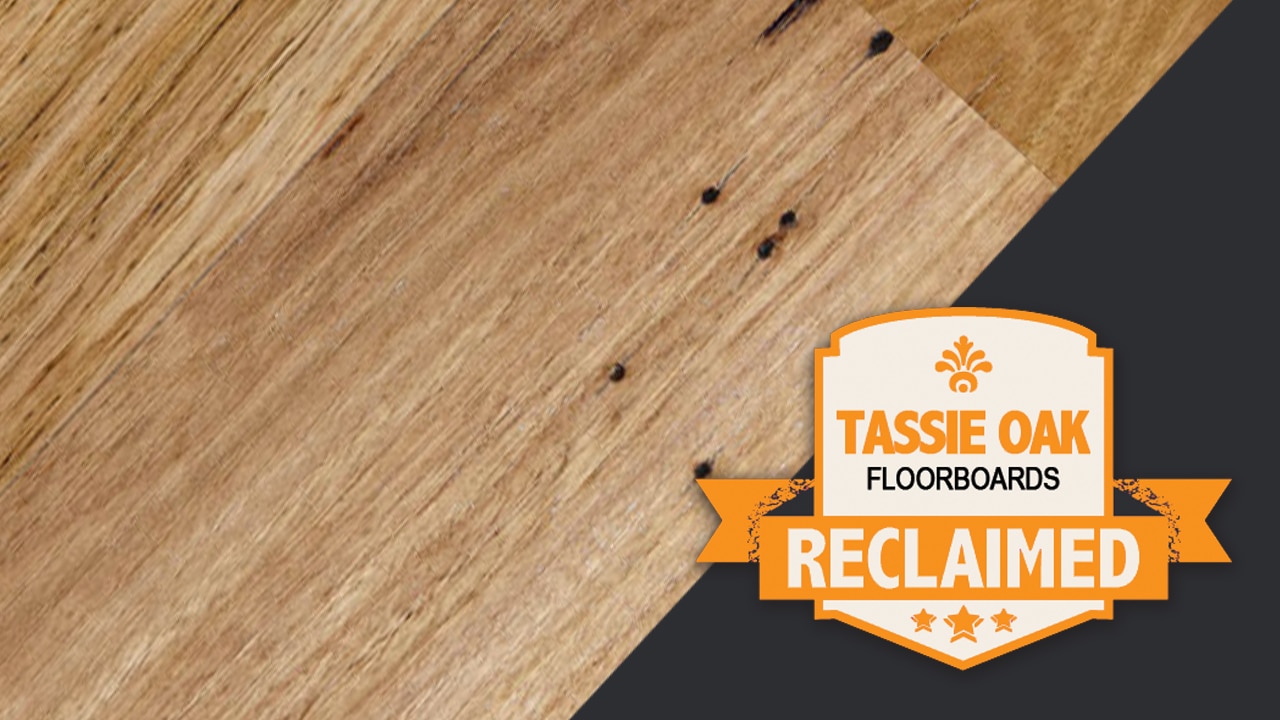 We have an extensive stockpile of rustic, reclaimed Tassie Oak floorboards ready to ship anywhere in Australia. Recycled Tasmanian Oak, tongue and groove plank floorboards in the following sizes.

WHAT IS TASSIE OAK?

Tasmanian Timber that is marketed as Tasmanian Oak, or Tassie Oak is most often a combination of three distinct species of tree, all of which are found most often in – you guessed it – Tasmania, and while they are all certainly similar there’s actually a fair bit of variation between the three.

Most commonly made from a combination of alpine ash, mountain ash, and messmate, Tasmanian oak flooring is characterised by the commonalities between all three species. All closely related eucalyptus varietals, these trees tend to be straight-trunked, hardy, sub-alpine evergreens that require moderate to high levels of rainfall.

While referred to as “Tasmanian” or “Tassie” oak, all three varietals of that are used in the construction of this Tasmanian timber aren’t found exclusively in Tasmania. Many examples can be found in Victoria and New South Wales as well in more mountainous or hilly regions, or anywhere there’s well-drained soil with temperate to cool climate conditions.

Providing straight and uniformly even grain because they’re quarter split, Tasmanian oak mixes are used to produce blends of pleasantly coloured blonde woods that range in shade from reddish-brown, pink, to pale cream.

Vacuuming or sweeping is generally all that is needed to maintain a Tasmanian Oak timber floor.

REUse, RECLAIMED Tassie Oak in your next project

If you would like to reuse reclaimed Tassie Oak floorboards in your next project and need assistance with either choosing the correct flooring panels or the installation of your next flooring project then please get in touch with one of our flooring specialists.

We also offer a more personalised service for those looking for renovation advice where our team come to your location and help you choose the best species and style to fit the room.

"Our stockpile of reclaimed, recycled Tassie Oak is the result of 30 years salvage operations in Melbourne, Geelong and regional Victoria."